The 9th Annual Statewide Faculty Development Conference is underway
It is definitely hot in Augusta but as we speak MCG is in the midst of a really cool event. It’s the ninth annual Statewide Faculty Development Conference in Jekyll Island where about 400 of us are gathered to talk medical education with many educators from home base in Augusta as well as our invaluable community faculty across our state. We use this slogan a fair amount, “Georgia is our Campus.” This significant gathering organized by Drs. Ralph Gillies, associate dean for faculty development, and Kathryn Martin, associate dean for regional campus coordination, is a great example of how true that is.

Nearly 400 attendees are talking about even better medical education
Physicians from across the four corners are here on Georgia’s coast to talk about the success of the medical education network they have made possible because of their commitment to medicine and their clear commitment to MCG students. People like Dr. Alan Morgan, a neurologist and neurohospitalist at St. Mary’s Health Care System in Athens, a 2003 MCG graduate and UGA graduate as well, who is consistently praised by our students for his evidence-based decisions and skill at handling neurological problems that are both complex and delicate. Students even laud him for his constructive criticism.

Georgia physicians like Drs. Alan Morgan, Leon Smith, Stewart Williams are key
Individuals like Dr. Leon F. Smith, a family medicine and adolescent medicine physician in Valdosta, a 1986 graduate of the University of Alabama at Birmingham School of Medicine, who along with family medicine physician Dr. Stewart A. Williams, a 1986 MCG graduate, established Valdosta Family Medicine in 1989. The two actually met during their training at Florida’s Tallahassee Memorial Regional Medical Center and started the practice right after. Then in 1995, they both became volunteer educators for MCG, and in 2012 both were promoted to clinical professors in the MCG Department of Family Medicine for their significant efforts. I would say that is some great synergy and I would also again say that I will never have the words to properly express our thanks to individuals like Drs. Morgan, Smith and Williams.

Georgia legislators Butch Parrish and Dr. Dean Burke also are with us
Attendees also include President Keel and chief of staff Russell Keen, which is always appreciated. Georgia Rep. Butch Parrish of Swainsboro also was with us again this year, which is great. His many contributions to our state include chairing the House Appropriations Subcommittee on Health and serving as a member on the Special Committee on Access to Quality Health Care. Also with us is 1981 MCG graduate Sen. Dean Burke, who represents Colquitt, Decatur, Early, Grady, Miller and Seminole counties along with parts of Mitchell and Thomas counties. His many responsibilities in the Georgia Senate include serving as vice chair of the Health and Human Services Committee and Community Health subcommittee chair of the Appropriations Committee. Dr. Burke practiced obstetrics and gynecology for nearly 30 years and is now chief medical officer at Memorial Hospital and Manor in Bainbridge, Georgia. Dr. Burke was honored last year by the Georgia Hospital Association with its Legislator of the Year Award.

Strengthening muscle is the focus of a study looking to fight health risks of obesity
Finally today, as we talk about great medical education, it’s hard not to also talk about great research because as with Drs. Smith and Williams there is such great synergy between the two. If we are not moving knowledge forward, we are stagnant. This study should move us. It’s a pretty unique concept that Drs. Ryan Harris and Xiaoling Wang are exploring which is that strengthening muscle might be a good way to avoid weight-related health issues like heart disease. Traditionally losing fat — which is so hard to do and to maintain — is the focus, but these two Georgia Prevention Institute investigators have some evidence that poor skeletal muscle health is an important way things like physical inactivity and an unhealthy diet put us at risk for cardiovascular disease. They have just received a $3.4 million grant from the National Institutes of Health to further pursue that angle.

Drs. Ryan Harris and Xiaoling Wang are co-PIs on the $3.4 million NIH grant
One of the neatest parts about this study is that it’s being done in about 400 sets of twins, many of whom are identical and have been followed for about 15 years at the GPI. The twins enable the investigators to better control for the role genetics plays and, as we know, genetics is pretty much a factor in everything about us and our health.  Let me congratulate and thank Drs. Wang and Harris for this interesting and relevant pursuit. You can read more about it in this recent front-page story by Tom Corwin at The Augusta Chronicle. 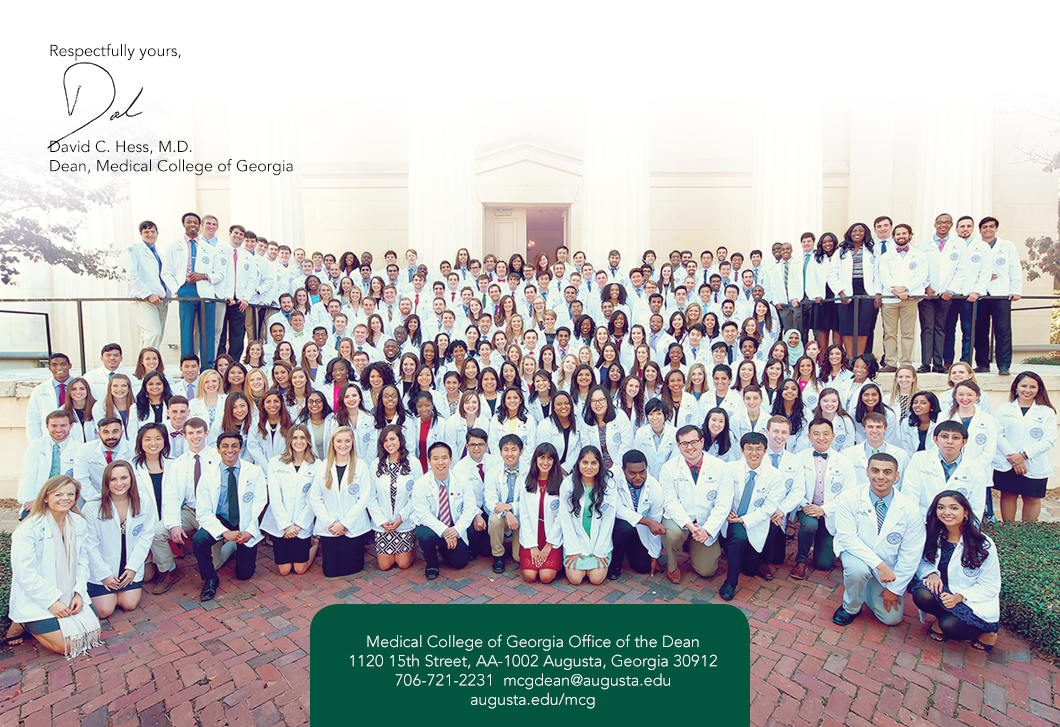